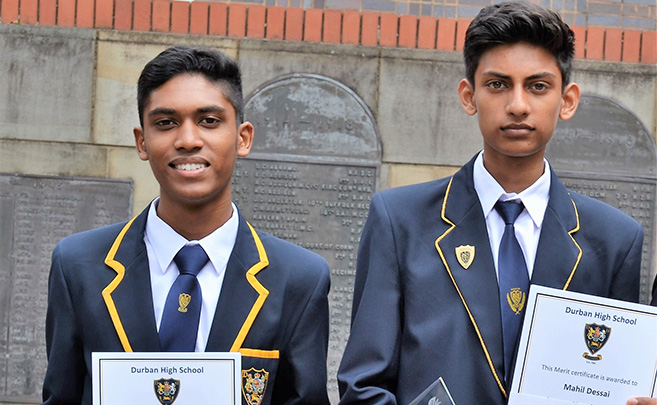 With some of their awards are Mr Neeven Naidoo (left) and Mr Mahil Dessai.

The awards are presented annually to pupils at KwaZulu-Natal schools who achieve outstanding results in Mathematics and Physics in Grade 11.

Dessai was placed first in his grade and Naidoo second with both youngsters also winning several merit certificates at the DHS awards ceremony.

Guest speaker at the ceremony was DHS old boy and successful Film Producer Mr Colwyn Thomas, who highlighted the need for perseverance and hard work in order to achieve success.