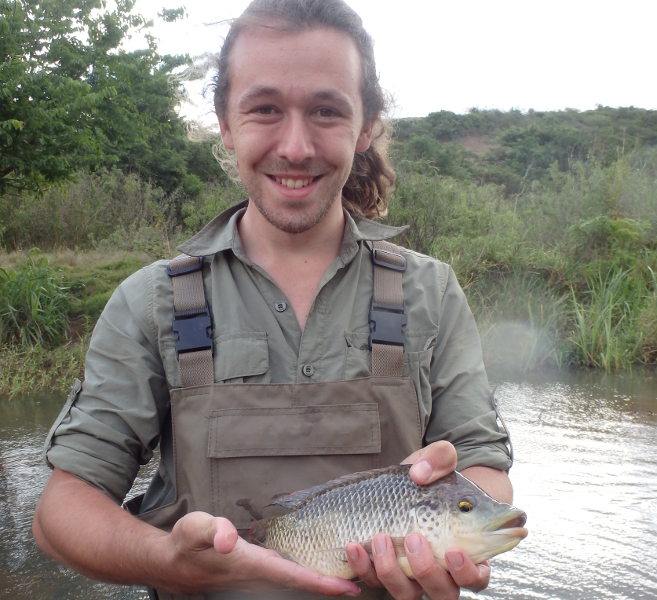 Mr Wesley Evans was ecstatic to graduate with his Master’s degree. Growing up, he always dreamt of one day becoming a doctor and he is now one step closer to living his dream after graduating with his Master’s in Ecological Sciences.

His Master’s study aimed to provide better management of rivers leading to cleaner drinking water and more fish for eating. It was a part of the River Eco-status Monitoring Programme (REMP) which is a Department of Water and Sanitation initiative that aims to assess the state of the rivers in order to better manage them. In his research, he looked at freshwater fish population health in 32 KwaZulu-Natal rivers, with a focus on the wellbeing of the KZN yellow fish. Due to the nature of his research, Evans was forced to spend more time in the field than in the office to focus on his write-up during his second year of study. This led him to extend his Master’s degree by one year. During his time, he was teaching English in Vietnam.

Evans is currently employed as a technician at UKZN where he assists with conducting research on various projects.

Academic success however did not come easy for the Pietermaritzburg Ecologist who began his academic journey by studying towards a Bachelor of Science in Genetics degree. During his third year, he would realise that the real-world applications of genetics were not his passion.

‘You should do more,’ he said whilst speaking on what keeps him motivated.