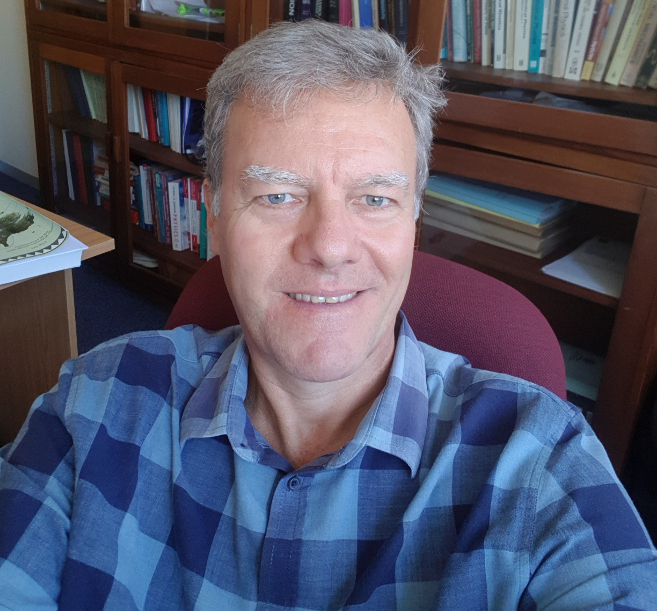 Professor Richard Mace of the School of Chemistry and Physics has been awarded a B-rating from the National Research Foundation (NRF), recognising him as an internationally acclaimed researcher in his field.

The rating system benchmarks the quality of South African researchers, contributing to the enhancement of a globally competitive science system in the country and encouraging the production of high quality outputs in high impact journals and the training of the next generation of researchers. The rating, which includes evaluation by local and international peers, is based on the quality and impact of research outputs over the past eight years.

Mace, who completed his undergraduate and postgraduate studies at the then-University of Natal followed by postdoctoral research in the United States, said he was honoured to have received the news of a B-rating from the NRF.

‘It is pleasing and rewarding to receive recognition for the quality of my research, and the fact that it is internationally recognised.’

Mace has been at UKZN since 2005, having previously worked as a senior lecturer at the former University of Durban-Westville and at the Hermanus Magnetic Observatory (now the South African National Space Agency). He has authored or co-authored 57 articles in peer-reviewed, international journals, 46 articles in conference proceedings, and has supervised or co-supervised six masters students and four PhD students.

Currently, Mace is focusing his research on the kinetic theory of waves and instabilities in space plasmas, work which is premised on the idea that in situ spacecraft observations of charged particle velocity distributions are better interpreted in terms of out-of-equilibrium metastable states, rather than states near thermal equilibrium (the usual paradigm).

With his collaborators, Mace has used the kappa distribution as an out-of-equilibrium generalisation of the Maxwellian to undertake many analytical and numerical studies of waves and instabilities in space plasmas. They have made significant contributions to the development of mathematical methods and tools necessary for a kinetic theory of waves in plasmas modelled with kappa distributions.

Mace was previously recognised for the quality of his research with a Vice-Chancellor’s Research Award in 2005 and a National Research Council Research Associateship Award to undertake postdoctoral research at the then Laboratory for High Energy Astrophysics at NASA’s Goddard Space Flight Centre in 1992.

While the mathematical nature of plasma physics theory has not been appealing to many students, Mace hopes to see more students take up an interest in the field.

Mace gave credit to those who have inspired his own career, including his PhD supervisor, Professor Emeritus Manfred Hellberg for his support, encouragement and for many fruitful collaborations. He also thanked his collaborators and students, for unselfishly sharing their ideas, for their constructive criticisms and for the suggestions that enhanced the quality of the body of work produced.