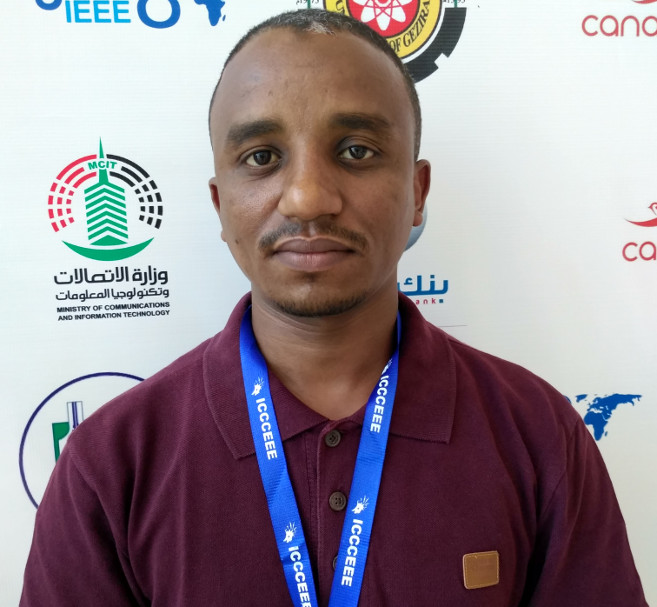 Mohammed recently presented this research at the International Conference on Computer, Control, Electrical, and Electronics Engineering in Sudan where he received the Best Paper award for a presentation on using stacking ensemble for microarray-based cancer classification. This was Mohammed’s first international presentation and was a moment of pride for him, his supervisors and friends.

Mohammed, who hails from Sudan where he received his BSc from the University of Gezira, was drawn to UKZN after learning about the University’s Professor Henry Mwambi’s work from a former student. His research was supervised by Mwambi and Professor Bernard Omolo at the University of South Carolina, whom he met during his (Omolo) visit to UKZN to present at a SMSCS research seminar.

Mohammed’s research compared cancer classification methods based on microarray data. He analysed 10 cancer datasets using seven statistical methods that can be used to improve the early detection of cancer; therefore allowing early intervention and reduce mortality. He said such analyses could aid decision-making for intervention by clinicians.

Mohammed plans to continue his research to PhD level at UKZN. He plans to employ more advanced statistical and machine learning methods in his research on combining information from next generation sequencing data with gene expression data aimed at selecting the best genes to sensitively differentiate between cancer subtypes. This type of research falls under the University’s Big Data and Informatics Research Flagship.

He expressed his gratitude to God for seeing him through his studies, and thanked his supervisors for their presence, inspiration, patience, dedication, guidance and assistance. He also thanked his parents, brothers, sisters and family members for their love and support; Dr Murtada Khalafallah for his moral support; UKZN as well as the University of Gezira and the Sub-Saharan Africa Consortium for Advanced Biostatistics training (SSACAB) for financial assistance.