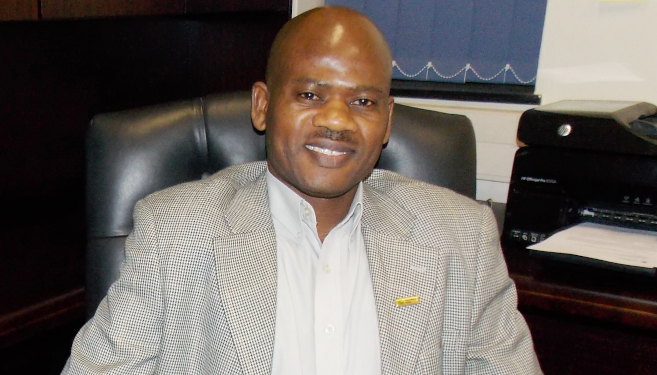 Professor Albert Modi, Deputy Vice-Chancellor and Head of the College of Agriculture, Engineering and Science recently participated in a webinar on the benefits of eating local, indigenous foods.

The 101 Reasons to Eat Local webinar was presented by VKB and digital news site Food For Mzansi as part of their annual Power Talk series, usually hosted on University campuses but now expanded to an online event in the wake of the COVID-19 pandemic.

‘It has become clear that the COVID-19 pandemic has placed new emphasis on mindful or conscious eating,’ said Noemdoe. ‘Many South Africans are…trying to figure out their own role in the provision of long-term food security solutions.’

The panellists emphasised the need to move away from perceptions that indigenous foods are a “poor man’s food”, and highlighted the wide variety of African vegetable species referred to by this term, as well as their economic, cultural and ecological value.

Modi, who is an agronomist by training and has focused much of his research on under-utilised, indigenous or traditional and crops, advocated for the inclusion of these crops in curricula.

‘We should take advantage of the environmental situation where these indigenous crops are found to ask questions related to the key issues of hunger and poverty, food insecurity, climate change, and even COVID-19,’ he said.

Modi suggested that, if these crops and the indigenous knowledge systems they link to were to form part of decolonised education systems, researchers and practitioners could produce African expertise to contribute to a global body of knowledge and sustainable food systems, and preserve knowledge about them. He emphasised the need for science and education systems to support small-scale farmers producing the crops and improve their lives.

Modi acknowledged UKZN and other research funders including the National Research Foundation, the Water Research Commission (WRC), the South African National Biodiversity Institute, national and local government departments of agriculture, and the ARC for their support of his work over the years, and also expressed gratitude to the rural women with whom he has collaborated on his research.

Specifically, the WRC has funded three* flagship projects on indigenous crops since 2007. A new project focusing on indigenous root and tuber crops, also funded by the WRC, started in April this year.

Jansen van Rensburg, who completed his PhD in Plant Breeding at UKZN, provided insight into the commercial potential of African vegetables, the need for cultivars, the challenges facing production of these crops, notably marketing, and the need to document indigenous knowledge.

Qwabe highlighted the socio-economic value of farming with traditional crops and livestock in South Africa, saying that these foods are unique in society and culture and define the identity and dignity of indigenous people. He also noted the important role they play in agri-ecosystems, and the need for policy to protect these crops.

Mqwebu addressed the importance of the whole agricultural value chain in the promotion of traditional foods, as well as her passion for the inclusion of African gastronomy in the culinary sphere.

Panellists highlighted the positive traits of traditional foods, from their nutritional value to their low input requirements, and resultant benefits for consumers, the economy, and the environment.